We are having an Open Day
& Garden Party!

INDEPENDENT LIVING UNITS
Sunday 19 March 2017 from 9am. 39-45 Davis Street, Berrigan.
Our friendly staff will be available to show you around our units and answer
any of your questions.

Celebrations with family, friends and residents were held recently to celebrate the birthday of popular resident, Bruce Toll. 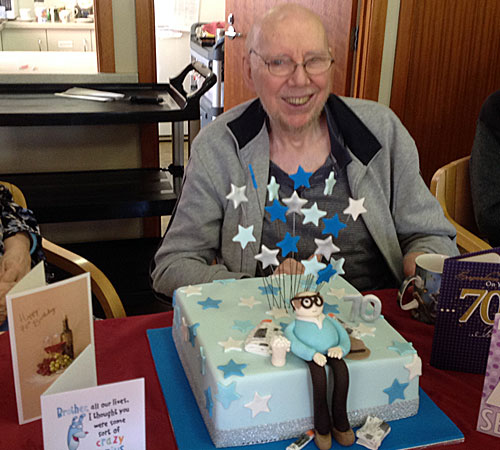 The 2016 AmaRio Olympics was opened by our royal ambassador and long term resident Ruth Barclay (pictured). 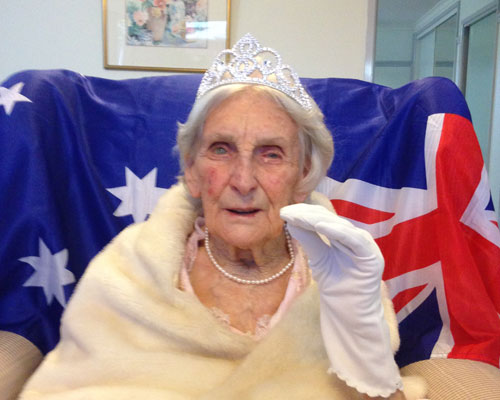 The residents have been in training for what will be a hotly contested line up of events including:
• Shooting
• Trivia
• Wheelchair dash
• Volleyball
• Boxing
• Archery and
• Shooting

The Gold medal winning Volleyball team was lead to victory by Jeanette Culhane. The victorious side was supported by Best on Ground performer Joyce Whitney who displayed an impressive attack and defense role on the net. The Silver medalists were captained by Lancell Muddell with Barry Steere being awarded Best on Ground for the Silver winning side.

Many thanks to Jill Loats for umpiring the Volleyball heats.
The residents have been putting in plenty of training towards the shooting, however it was a dark horse who took home the Gold with Social Group member Barry Steere demonstrating an eagle eye and super consistency at hitting the targets.

Closing of the AmaRio 2016 olympics

The AmaRio 2016 Olympic events were hotly contested over the week by all the residents who displayed sportsmanship, gusto and great humour during the contests. 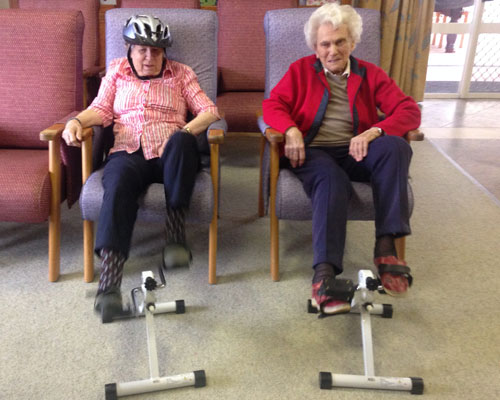 Speed cycling provided a popular event with multiple entries requiring many heats to source the victor.

Best allround competitor however was Greg Findlayson who took away a multitude of medals for competing in the team Volleyball, team Bowls, Weightlifting, Shooting, Javelin and many other events at which he displayed sportsmanship and integrity. 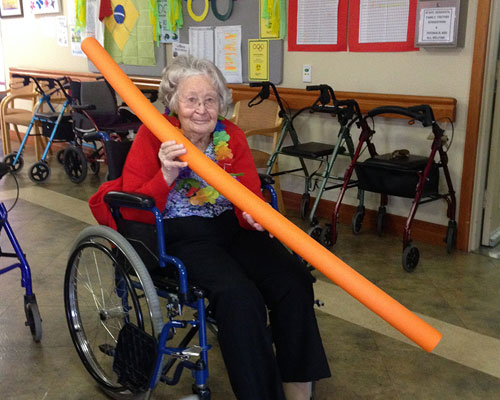 Javelin throwing was another hotly contested sport with Aileen Sullivan showing great style on the field. 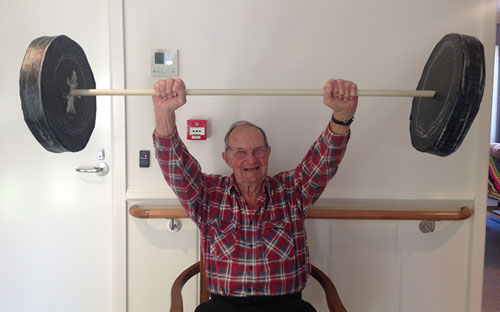 Visitors are always welcome. To find out more, or to experience Amaroo for yourself, please call or email.

Boutique aged care in the country